Linda Gordon is Florence Kelley professor of history and Professor of the Humanities at New York University. Her early books focused on the historical roots of social policy issues, particularly as they concern gender and family issues. Her first book, Woman’s Body, Woman’s Right: The History of Birth Control in America, published in 1976 and reissued in 1990, remains the definitive history of birth-control politics in the US. It was completely revised and re-published as The Moral Property of Women in 2002. More recently, she has explored other ways of presenting history to a broad audience, publishing the microhistory The Great Arizona Orphan Abduction and the biography Dorothea Lange: A Life beyond Limits, both of which won the Bancroft Prize. She is one of only three historians to have ever won this award twice.

After being disbanded in 1870 following the Civil War, the Ku Klux Klan was officially re-formed in 1915 by founder William J. Simmons, and saw a huge rise in popularity in its early years. Pictured, an eerie sight as hundreds of members gather adorned with hoods

Focused on an anti-immigrant, anti-Catholic, prohibitionist and anti-Semitic agenda, the new Klan took much of its early influence from popular 1915 film, the Birth of a Nation, which glorified the first version of the Klan. In this image, the streets of Washington are filled with 25,000 KKK members during a march in August 1925.

Despite attempting to portray themselves as a respectable establishment who ‘upheld law and order,’ the Klan’s activities were often coupled with widespread violence.

The Ku Klux Klan (KKK) and Woman’s Christian Temperance Union (WCTU) shared a common interest in promoting and defending alcohol prohibition, women’s suffrage, Protestantism, and the protection of domesticity. They also both shared hostility toward immigrants. For this reason, the two groups cooperated with each other and shared many members and leaders.

A whole family can be seen taking part in a racist parade including three young children wearing KKK robes .

The drum corps of the Dallas Women’s KKK poses in front of Union Station around 1930. The Dallas Klan No. 66 at one time was the largest KKK chapter in the nation. (Photos courtesy of the Library of Congress and
the DeGolyer Library, Southern Methodist University) 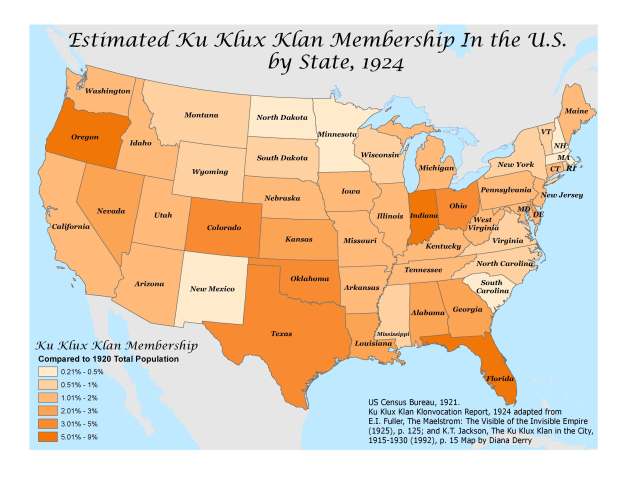 Amidst the backdrop of a post-war recession across America, the Klan proved hugely popular during the period, not just in its membership but in its support from every day Americans, too.

They also wielded significant political power, moving their offices to Washington D.C. in the mid-1920s and reportedly playing a big role in the election of several Congressman and Senators across the country. However toward the end of the decade the Klan’s influence began to wane substantially. One of the group’s leading members, the Grand Wizard, was convicted of murder in a trial which revealed many at the top of the organization as womanizers and alcoholics, shattering their image as the upholders of law and order.

This photograph makes clear how comfortable KKK leaders were in the public spotlight in the early 1920s—despite their supposed anonymity—and how indulged they were by many civic governments, at least for a short time. That night Powell announced, “There are some cases, of course, in which we will have to take everything in our hands. Some crimes are not punishable under existing laws, but the criminals should be punished.” He did not elaborate, but the implication was clear: the KKK felt entitled to act outside the law. In a room full of enforcers of the law, Powell and Gifford spoke freely without fear of prosecution.

Klan membership in Oregon grew starting in 1921, with chapters springing up throughout the state. Its brief popularity stemmed, in part, from a general racism against minorities (particularly Chinese and Japanese), anti-Catholicism, and a belief in the enforcement of social morality. Gifford successfully lobbied for anti-Catholic legislation in Oregon during his term as Grand Dragon. The political effectiveness of KKK chapters was due in large part to the relationships its leaders formed with the state’s policy makers, law enforcers, and fraternal organizations…”

“In a ravenous 55 day spasm during the summer of 1898, the United States asserted control over 5 far-flung lands with a total of 11 million inhabitants: Guam, Hawaii, Cuba, the Philippines and Puerto Rico. Never in history has a nation leaped so suddenly overseas empire.” Doing so was by no means a matter of political consensus. In fact at several steps on the way, a single individual or vote determined events, leading to the deaths of thousands. The questions that arose then, continue to arise to this day.
“How should the United States act in the world? Americans cannot decide. For more than a century we have debated with ourselves. We can’t even agree on the question. Put one way: Should we defend our freedom, or turn inward and ignore growing threats? Put differently: Should we charge violently into faraway lands, or allow others to work out their own destinies?” And how did a country which had been founded through rebellion against a distant sovereign, which had once been a colony itself, and had pledged itself, above all, to the ideal of self-government, turn to taking colonies of its own – and most certainly NOT with the consent of the governed? These are some of the questions, our guest today, Pulitzer Prize winning journalist, Stephen Kinzer, addresses in his latest book, THE TRUE FLAG: THEODORE ROOSEVELT, MARK TWAIN, AND THE BIRTH OF AMERICAN EMPIRE. This is not merely an exercise in ivory tower history, because the United States – and, in fact, the world – is still paying today for the arguments, decisions and methods made by those debating these questions in the era of Theodore Roosevelt. Central America, the Middle East, The far east, terrorism, immigration, indigenous efforts for democracy – all these conflicts – and more – can find origins in a very short period of time at the turn of the 19th & the 20th centuries.

Stephen Kinzer has covered more than 50 countries on 5 continents. From 1983 to 1989 He was the New York Times bureau chief in Nicaragua, where he covered war and upheaval in Central America. He wrote 2 books about that region, BITTER FRUIT: THE UNTOLD STORY OF THE AMERICAN COUP IN GUATEMALA (co-written with Stephen Schlesinger), and BLOOD OF BROTHERS: LIFE AND WAR IN NICARAGUA. He was the New York Times bureau chief in Bonn, & then Berlin, Germany from 1990 -96, where he covered the emergence of post-Communist Europe, including the wars in the former Yugoslavia. Then, he opened their bureau in Istanbul, Turkey, where he covered that country and the new nations of Central Asia & the Caucasus. HIS BOOK, CRESCENT AND STAR: TURKEY BETWEEN TWO WORLDS, was born of that experience. After several trips to Iran, he wrote ALL THE SHAH’S MEN: AN AMERICAN COUP AND THE ROOTS OF MIDDLE EAST TERROR and RESET: IRAN, TURKEY AND AMERICA’S FUTURE. His latest book is THE TRUE FLAG: THEODORE ROOSEVELT, MARK TWAIN, AND THE BIRTH OF AMERICAN EMPIRE, published last year by Henry Holt. The paperback edition is coming out in two weeks from St. Martin’s/Griffin. It adds to his earlier book, OVERTHROW: AMERICA’S CENTURY OF REGIME CHANGE FROM HAWAII TO IRAQ, which documents 14 times the United States has overthrown foreign governments, and examines just what is it in the American psyche, that allows – and compels – the world’s first nation to throw off colonial rule and proclaim self government as a self-evident divine right to suppress similar aspirations in lands over seas. 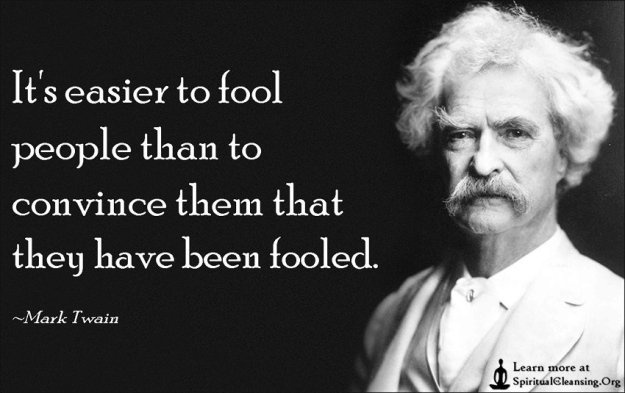 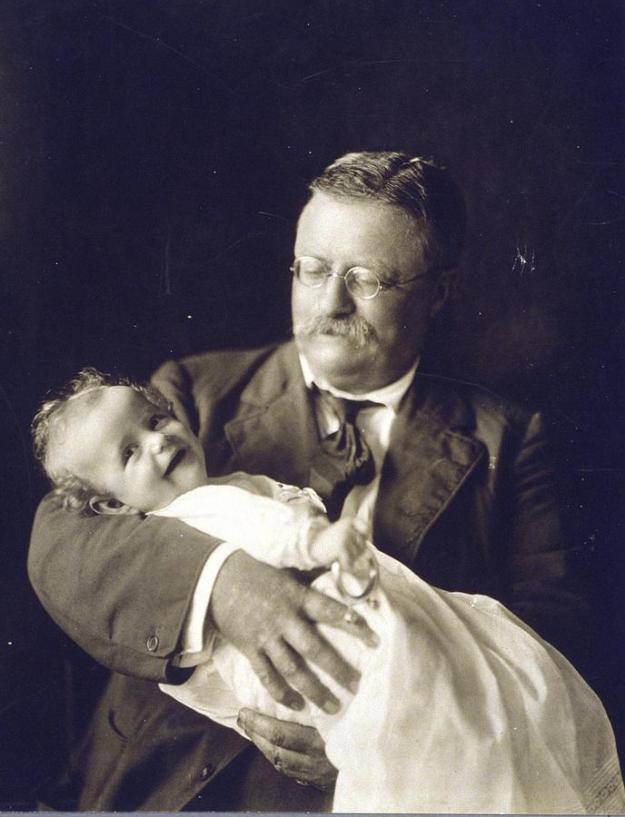 Grandson of Theodore Roosevelt, Kermit Roosevelt, Jr. orchestrated the CIA’s “Operation Ajax”, which aimed to overthrow democratically elected Iranian Prime Minister, Mohammad Mossadegh in 1953, who had been Time magazine’s Man of the Year in 1951:

A CIA hired mob – who beat all Mossadeq supporters to a pulp….

“This coup did more than simply bring down Mossadegh. It ended democratic rule in Iran and set the country off toward distatoship. Mohammad Reza Shah gave the U. S. a quarter century of dominance in Iran, but his repression ultimately set off an uprising that produced a fanatically anti-American regime.” from Kinzer’s  RESET: IRAN, TURKEY & AMERICA’S FUTURE.

Mohammad Reza Shah and family before the Peacock Throne