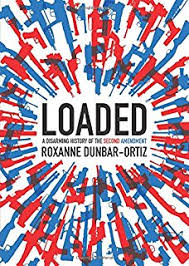 LOADED: A DISARMING HISTORY OF THE SECOND AMENDMENT  (City Lights Publishing) – is a provocative, timely, and deeply researched history of gun culture, and how it reflects race and power in the United States. Although LOADED is highly topical as we broadcast because of the Valentine’s Day massacre at Marjory Stoneman Douglas High School, production of this show actually began last November, 2017. And in case you feel overloaded with coverage of the aftermath of this latest massacre, Professor Dunbar-Ortiz’s history of gun culture and the second amendment is very different from the approach taken by the mainstream media or academia. For one thing, it is rooted in her 50+ years of activism. In the 1960s and 1970s, she was active in the anti-Vietnam War Movement and radical left movements, and worked closely with the SDS, the Weather Underground, and the African National Congress. She was also very active in the women’s rights movement, and from 1968–1970 was a leading figure in the radical feminist group, Cell 16. She has been active in the international Indigenous movement for more than four decades, and is known for her lifelong commitment to national and international social justice issues. In 1974, she began teaching in the newly established Native American Studies Program at California State University – Hayward, and she helped found their Departments of Ethnic Studies and Women’s Studies, where she is now Professor Emerita.

She has published many books and articles, including Outlaw Woman: A Memoir of the War Years, 1960–1975 . Blood on the Border is about what she saw during the Nicaraguan Contra war against the Sandinistas in the 1980s. Her 2014 book, AN INDIGENOUS PEOPLES’ HISTORY OF THE UNITED STATES, radically reframes Eurocentric history. 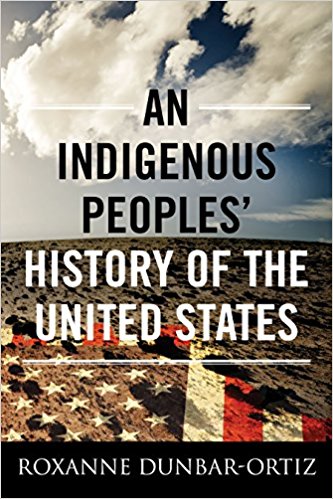 Her 1977 book, The Great Sioux Nation, was the fundamental document at the first international conference on Indigenous Peoples of the Americas, held at the United Nations’ headquarters in Geneva.

We are also thankful to the ever magnificent Roy Zimmerman for permission to include his “SING ALONG SECOND AMENDMENT SONG” after our interview with Professor Dunbar-Ortiz. You can hear more of his pointed, pithy civic lessons here:  http://www.royzimmerman.com/

or see him perform the Sing Along 2nd Amendment song here:

We welcome back Pulitzer Prize Winning investigative journalist and best-selling author, David Cay Johnston. In this interview recorded on January 26, 2018, we discuss his latest books, IT’S WORSE THAN YOU THINK: WHAT THE TRUMP ADMINISTRATION IS DOING TO AMERICA, just out from Simon & Schuster, and THE MAKING OF DONALD TRUMP, published in 2016 by Melville House.

David Cay Johnston digs deep, gets the facts others evade, ignore or fail to look for – much less find – and exposes exactly how the American system is rigged in favor of the 1% of the 1%.

When he was 18 years old the San Jose Mercury recruited him. His investigations over the next four decades appeared in that paper, The New York Times & other national journals. He exposed LAPD political spying and brutality, and he once hunted down a killer, whom the Los Angeles County Sheriff’s Department had failed to catch, resulting in an innocent man winning acquittal at his fifth trial; revealed news blackouts and manipulations that forced a six-station broadcast chain off the air;  deconstructed the way foreign agents from South Africa and Taiwan secretly influenced American government policy; misuse of charitable funds at United Way; and explained the economics of former GE chairman Jack Welch’s retirement perks, prompting Welch to relinquish them.
He teaches business regulation, property and tax law at Syracuse University’s law and graduate business schools.

We last had him on Forthright Radio in 2012, when the 3rd book in his trilogy on the American Economy – The Fine Print: How Big Companies Use “Plain English” to Rob You Blind, which focused on monopolies, had just been published.

We also revisit a segment from this 2012 interview with David Cay Johnston, in which he explicitly states that PG&E’s failure to properly maintain & replace power poles would lead to deadly wildfires, a prediction that came all too tragically true in October 2017.

The full interview from 10-31-12 is posted below this interview: 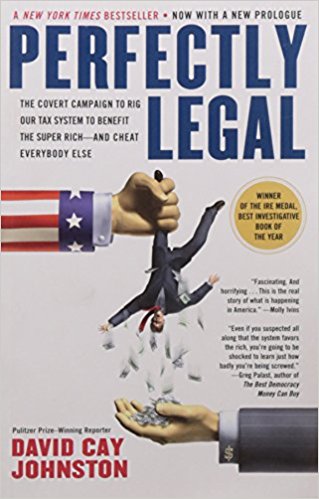 The other two books were –  Perfectly Legal: The Covert Campaign to Rig Our Tax System to Benefit the Super Rich — and Cheat Everybody Else (2004 Investigative Book of the Year award winner), and Free Lunch: How the Wealthiest Americans Enrich Themselves at Government Expense (and Stick You With the Bill), both of which were New York Times and Wall Street Journal best sellers. 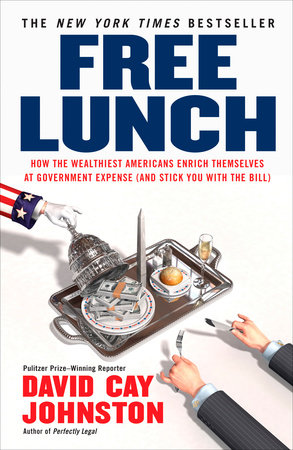 After our most recent interview with Pulitzer Prize winning, New York Times & Wall Street Journal best selling investigative journalist, David Cay Johnston, about his latest books, IT’S WORSE THAN YOU THINK: WHAT THE TRUMP ADMINISTRATION IS DOING TO AMERICA, & THE MAKING OF DONALD TRUMP, in which we aired a segment from this interview originally broadcast on Oct. 31, 2012, we decided to make the full interview available.

In that segment, he explicitly stated that PG&E’s failure to properly maintain & replace power poles would lead to deadly wildfires, a prediction that came all too tragically true in October 2017.