In the first sement, we speak with researcher and author, Larry Hancock, about his very timely book, CREATING CHAOS: COVERT POLITICAL WARFARE FROM TRUMAN TO PUTIN. In our second segment, we welcomed back researcher and award winning author of the also very timely book, WHITE WASH: THE STORY OF A WEED KILLER, CANCER, AND THE CORRUPTION OF SCIENCE, Carey Gillam, to get her impressions of the historic jury verdict on August 10, 2018 ordering Monsanto to pay $289 million dollars to former Benicia School District groundskeeper, Dewayne “Lee” Johnson, for it’s negligence and acting with malice or oppression regarding their herbicides, Roundup Pro and Ranger Pro.

Following service in the U.S. Air Force, Larry Hancock’s career in computer/communications and technology marketing allowed him to become a consultant on strategic analysis and planning studies. With seven books in print, Larry Hancock’s most recent works include an exploration of long term patterns in covert action and deniable warfare (Shadow Warfare), the effectiveness of national command authority and command and control practices (Surprise Attack) and (together with Stuart Wexler) the assassination of Martin Luther King, Jr. (The Awful Grace of God: Religious Terrorism, White Supremacy, and the Unsolved Murder of Martin Luther King, Jr.). His latest book, CREATING CHAOS: COVERT POLITICAL WARFARE FROM TRUMAN TO PUTIN, published by OR Books.  Our interview ends at 32:23.

Our interview with Carey Gillam begins at 32:24.

Carey Gillam is a veteran journalist, researcher and author, who has more than twenty-five years’ experience in the news industry covering corporate America. Since 1998, Carey Gillam’s work has focused on digging into the big business of food and agriculture. As a former senior correspondent for Reuters’ international news service, and a current contract researcher and freelance writer, she specializes in finding the story behind the spin–uncovering both the risks and rewards of the evolving new age of agriculture. Her areas of expertise include biotech crop technology, agrichemicals and pesticide product development, and the environmental impacts of American food production. She is currently Research Director for the nonprofit U.S. Right to Know. Her book, WHITE WASH: THE STORY OF A WEED KILLER, CANCER, AND THE CORRUPTION OF SCIENCE, is published by Island Press.

She has been awarded this year’s Rachel Carson Book Award by the Society of Environmental Journalists, as well as the 2018 Independent Book Publishers Award. 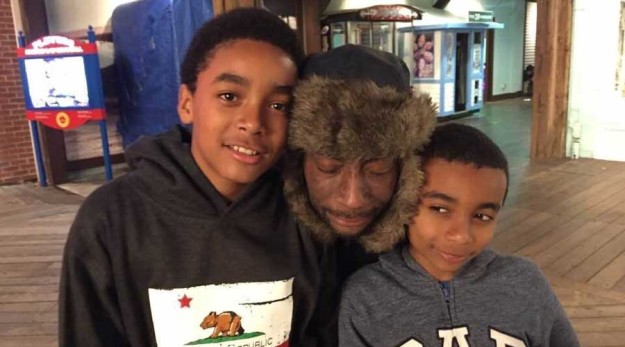 Dewayne “Lee” Johnson and his sons

The interview we did on March 21, 2018 can be heard here:    https://forthright.media/2018/08/11/carey-gillam-white-wash-the-story-of-a-weed-killer-cancer-the-corruption-of-science/

Dewayne Johnson reacts to the verdict at the superior court of California in San Francisco. Photograph: Josh Edelson/AFP/Getty Images

Articles cited in this interview can be found here:

One man’s suffering exposed Monsanto’s secrets to the world  https://www.theguardian.com/business/2018/aug/11/one-mans-suffering-exposed-monsantos-secrets-to-the-world