Thom Hartmann is a progressive national and internationally syndicated talk show host. He’s a New York Times bestselling, 4-times Project Censored Award-winning author of 24 books in print in 17 languages on five continents. Among his many books are Screwed: The Undeclared War Against The Middle Class and What We Can Do About It; Unequal Protection: How Corporations Became “People” – And How You Can Fight Back; Leonardo DiCaprio was inspired by Thom Hartmann’s book, The Last Hours of Ancient Sunlight, to make the movie “The 11th Hour” (in which he appears). His latest books are in his Hidden History Series: The Hidden History of Guns and the Second Amendment and The Hidden History of The Supreme Court and the Betrayal of America, both published by Berrett-Koehler Publishers. In it, Thom Hartmann address questions such as Why did the founders create the Supreme Court? What is judicial review – and how does it make the Supreme Court what thomas Jefferson, post-1803 – a despotic branch? How does the history of the US Constitution explain the Court’s frequent decisions in favor of the wealthy and corporations? The HAS the Court sided with popular opinion – and how have people successfully challenged the Court in the past? How did a 20th Century coalition of business and billionaires seize control of the American government, including the Supreme Court? How did America’s great democratic experiment end in a functional oligarchy? Most important, how can we change course in time to address the planetary crisis of climate change? 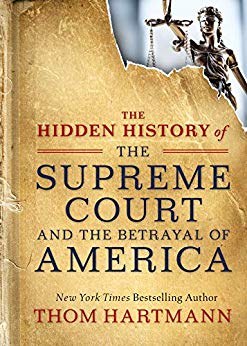 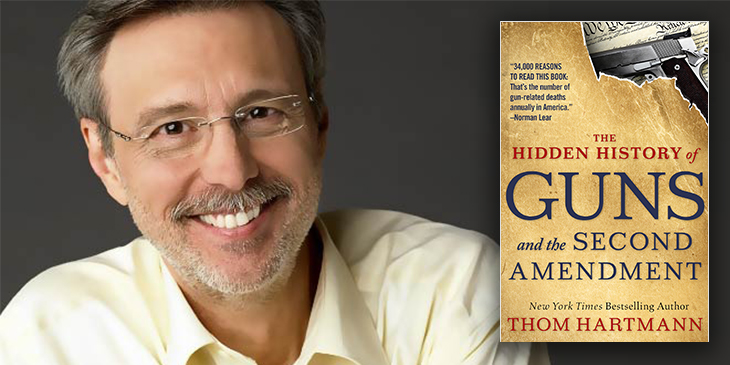