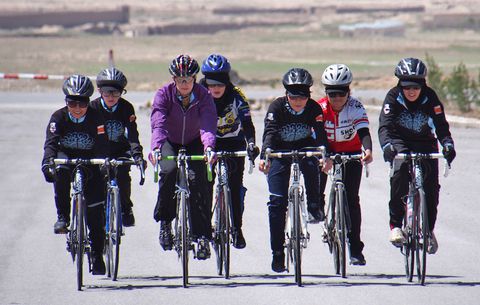 Sarah Menzies and her team follow young women in Kabul and Bamiyan Province as they join the Afghan National Women’s Cycling Team and learn bicycle racing under very difficult conditions.

A main focus of the film is Frozan, whose mother – pictured above with Sarah Menzies – encouraged her to join the team, a dream she had not been able to achieve for herself.

Not only girls are inspired by the women’s racing. In Bamiyan young boys expressed the desire to emulate them as well.

Afghan Cycles is featured at this year’s Mendocino Film Festival on Saturday, June 2nd, at the Coast Cinemas in Fort Bragg at 10:30 a.m.  More information at:

It will also be featured at The BZN International Film Festival on Saturday morning, June 8, at 10:00 a.m. at the Rialto Black Box.  More information at: 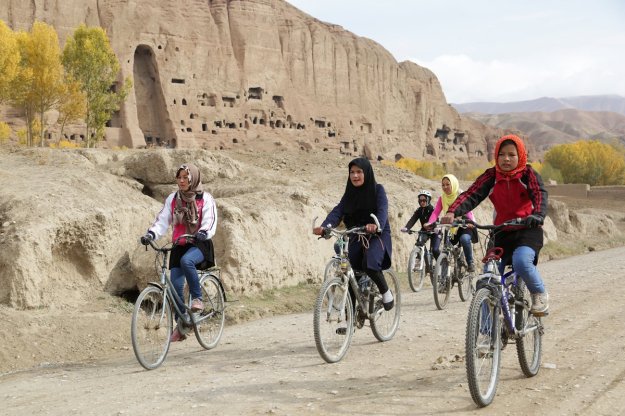 Jana Brown is the award winning writer of The Divide. She spoke with us on May 7, 2019, about the upcoming screening on opening night of the BZN International Film Festival on June 6 in the Emerson’s Crawford Theater.

The Divide is a story about the drama of ordinary life, following Sam Kincaid, who is suffering from the onset of dementia in 1976, when Alzheimer’s did not yet have a formal name. Sam is supported by an unlikely ally in migrant ranch hand Luke, who summons Sam’s estranged daughter, Sarah, to help with Sam’s growing memory lapses. The film is set in one of the worst droughts in California history, a plight that mirrors the dry patches in the characters’ lives.

Jana Brown and actor/director, Perry King, whose make-up regime was to rub dirt from is pick-up truck on his face, partnered to create The Divide.

The work of television pioneer, Arlene Francis, went far beyond her 25 years on the famed game show, “What’s My Line.” From hosting NBC’s first morning show, “Home,” to decades in radio and acting in Broadway shows and feature films, Francis’ career covered all bases. Narrated by Cherry Jones with stories from Arlene’s friends, Betty White, Carl Reiner, Walter Cronkite and many others, this film retraces the career and life of Television’s first leading lady.

Although largely forgotten to history, Alice Guy-Blaché was one of the very earliest pioneers in moving pictures, exploring and innovating from the late 1890s til the 1920s, when Wall Street and  Trust capitalism squeezed her out of the art and business of filmmaking.

Pamela Green’s film resurrects her work and re-establishes her place in film history.

To this day, Alice Guy-Blaché is the only woman to have ever built her own film studio. 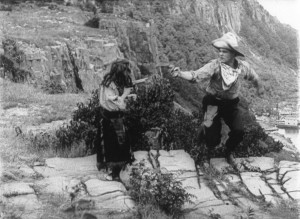 Although French, Alice Guy-Blaché was one of the pioneers of The Western genre. Hers were distinguished by the strong women who were featured in principle roles.

Although she had originally written The Fool and His Money for an inclusive cast, because the actors of European descent declined to participate, Alice Guy-Blaché became the first writer/director/producer of an all African American cast.

Cady McClain began working as an actor at age 9. She is a 2 time Emmy award winner & 6 time nominee. She’s worked in theater, movies, television, as well as having written a memoir, Murdering My Youth, an in-depth look into life as a child actor. but we speak with her today about her film, which she directed and produced, SEEING IS BELIEVING: WOMEN DIRECT. It will be featured at the Bozeman Film Festival on Saturday June 8th at the Emerson at 3pm.

In this edition, recorded on May 16, 2018, we interview three of the producers of INVENTING TOMORROW, an inspiring documentary that features six passionate teenage scientists from Indonesia, Hawaii, India and Mexico, creating cutting-edge solutions to the world’s environmental threats-right in their own backyards. It follows them, as they eventually journey to compete at the Intel International Science and Engineering Fair in Los Angeles. It premiered at the Sundance Film Festival in 2018.

Laura Nix is known for her films The Yes Men Are Revolting (2014) as well as The Yes Men Fix the World (2009), The Light In Her Eyes (2011) about Houda al-Habash, a conservative Muslim preacher, founded a Qur’an school for girls in Damascus, Syria when she was just 17 years old. Her work in film goes back to 1997.

Melanie Miller is known for her work on Detour (2013), and Alaska Is a Drag (2017). Her film work goes all the way back to 2001 as associate producer on the Liars Club 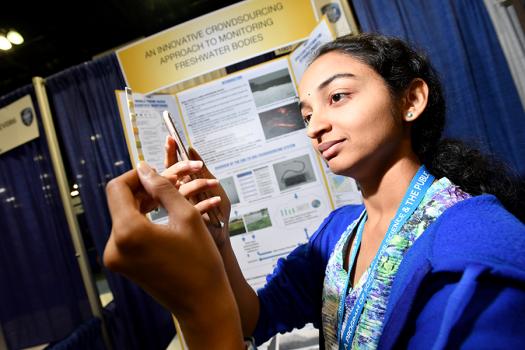 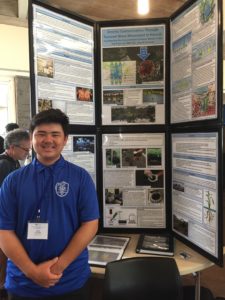 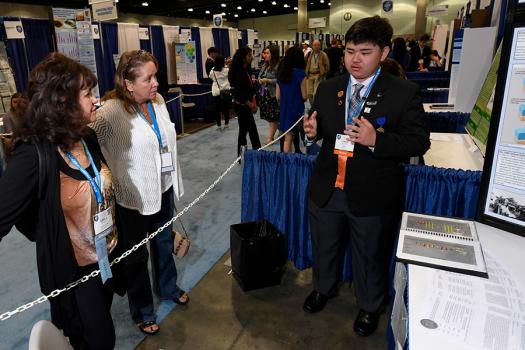 Project EAEV018 – Arsenic Contamination through Tsunami Wave Movement in Hawaii: Investigating the Concentration of Heavy Metals in the Soil from the 1960 Hilo, Hawaii Tsunami

Jared Goodwin  is from Hilo, Hawaii 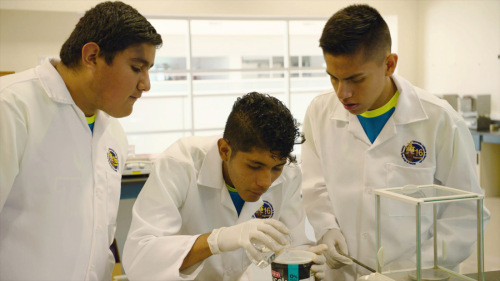 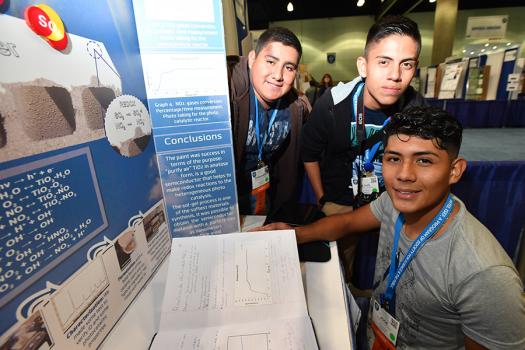 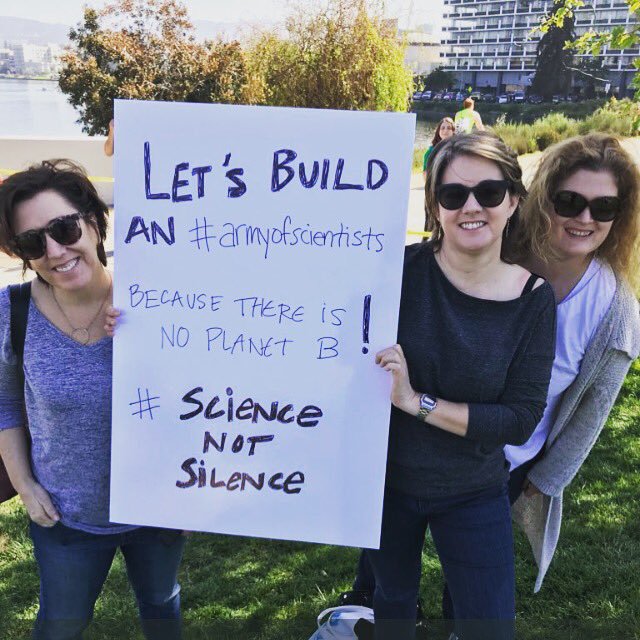 When not producing films, Diane, Laura and Melanie can be found promoting science in other ways.

Following his detention by Chinese authorities, outspoken artist/activist Ai Weiwei transformed the former island penitentiary of Alcatraz into an artistic platform. The exhibition engaged 900,000 visitors about the plight of prisoners of conscience around the world.

Yours Truly, a piece in the exhibit, invited visitors to compose messages of hope on postcards to prisoners incarcerated or exiled due to their beliefs, affiliations, and nonviolent expressions of dissent. The film follows these postcards around the globe as director Cheryl Haines meets with former prisoners of conscience and their families to discuss their impossible choices and the comfort they found in messages sent by people they would never meet. The film explores Ai Weiwei’s inspiration for the project. Interviews with the artist, his mother, and lifelong friends uncover the touching story of a childhood spent in exile. Ultimately, the film is a call to action, extending the reach of Ai Weiwei’s art by asking viewers to take to heart the issue of global human rights. In Mandarin and English with English subtitles.

More than 50,000 postcards were written by visitors and sent to prisoners of conscience, displaying the national flower or bird of their country. 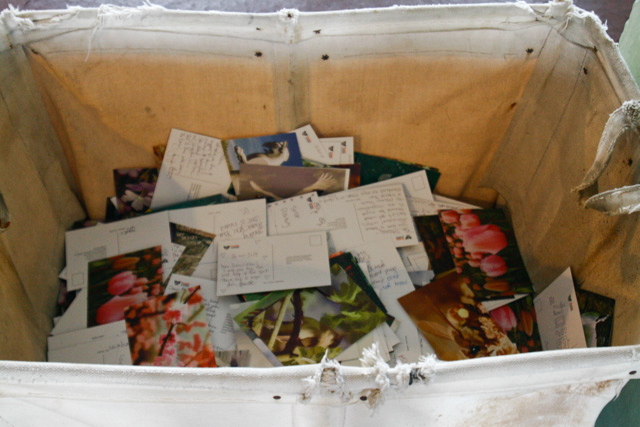 In this edition of Radio Goes to the Movies, we speak with Bozeman resident, Christi Cooper, about her years of work documenting the increasingly powerful movement of young people, who are challenging the U.S. Government and the fossil fuel industry for violation of their Constitutional rights under the Fifth Amendment to Life, Liberty and Property.

Her film, a work in progress, YOUTH V. GOV, screens at the BZN International Film Festival on June 9 at the Willson Auditorium at 7:45 p.m.  Victoria Barrett, a 19-year-old college student from White Plains, NY, who is one of 21 youth plaintiffs suing the U.S. government in the landmark constitutional climate change lawsuit, will also be attending for a discussion afterwards. 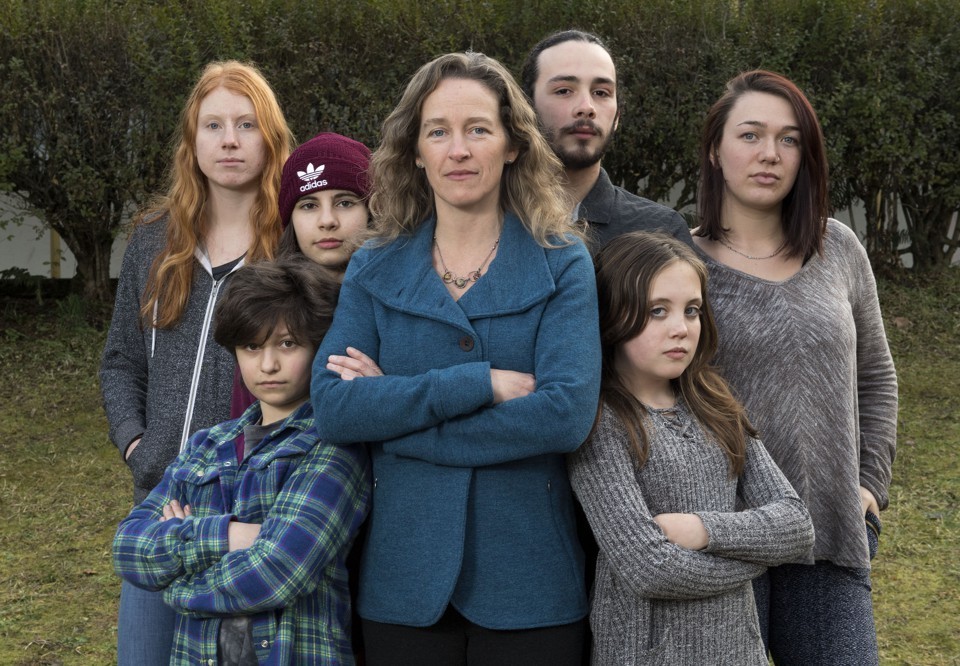 In this groundbreaking civil rights lawsuit, guided by Julia Olson, their lead attorney, 21 American youth take the US government and the fossil fuel industry to court for creating a climate emergency that threatens the future of the youngest generations.

This is not the typical climate change film. YOUTH V GOV brings a new perspective not yet explored. And in the end, YOUTH V GOV will activate youth, millennials, and adults to engage as citizens and to lean heavily on the pillars of democracy that we rely on for the future of our country and the world.

In this edition of Radio Goes to the Movies, we interview Signe Taylor about her documentary, IT’S CRIMINAL. It will be screened at the BZN International Film Festival in the Hager Auditorium at the Museum of the Rockies on Saturday, June 9 at 2:45 pm. There will be a discussion afterwards with some of the women – both student & inmate – as well as Patti Hernandez and Signe Taylor. 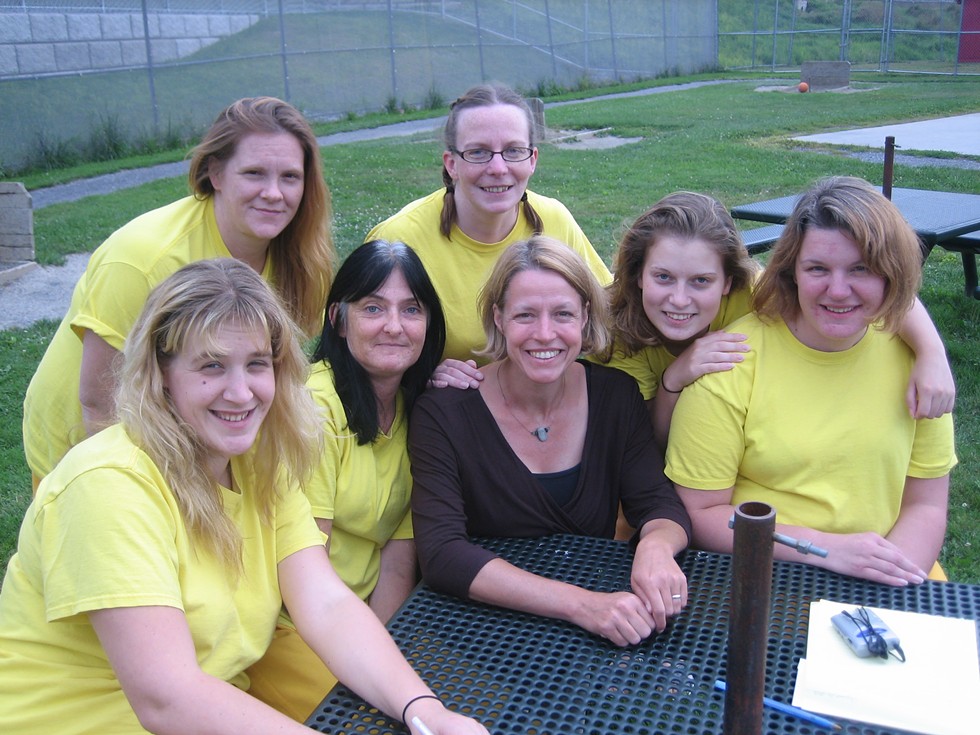 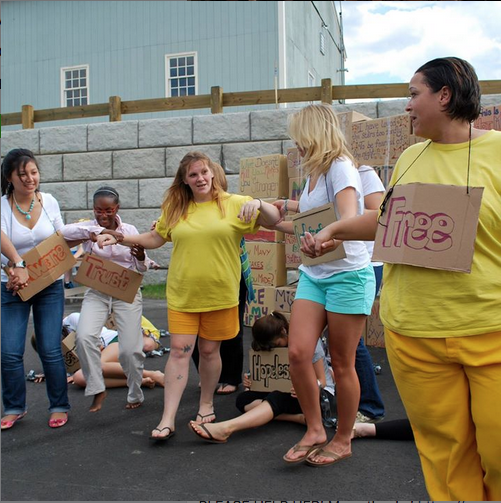 With the astute guidance of Patti Hernandez, the students and the inmates discover their common humanity, learn empathy and work together to create and perform a play.

In in this edition of Radio Goes to the Movies, our guest is Jennifer Townsend. We speak about her film, CATCHING SIGHT OF THELMA AND LOUISE. It is screening at the BZN International Film Festival on Fri. June 8 | 2:15 PM Reynolds Auditorium | MSU Campus. 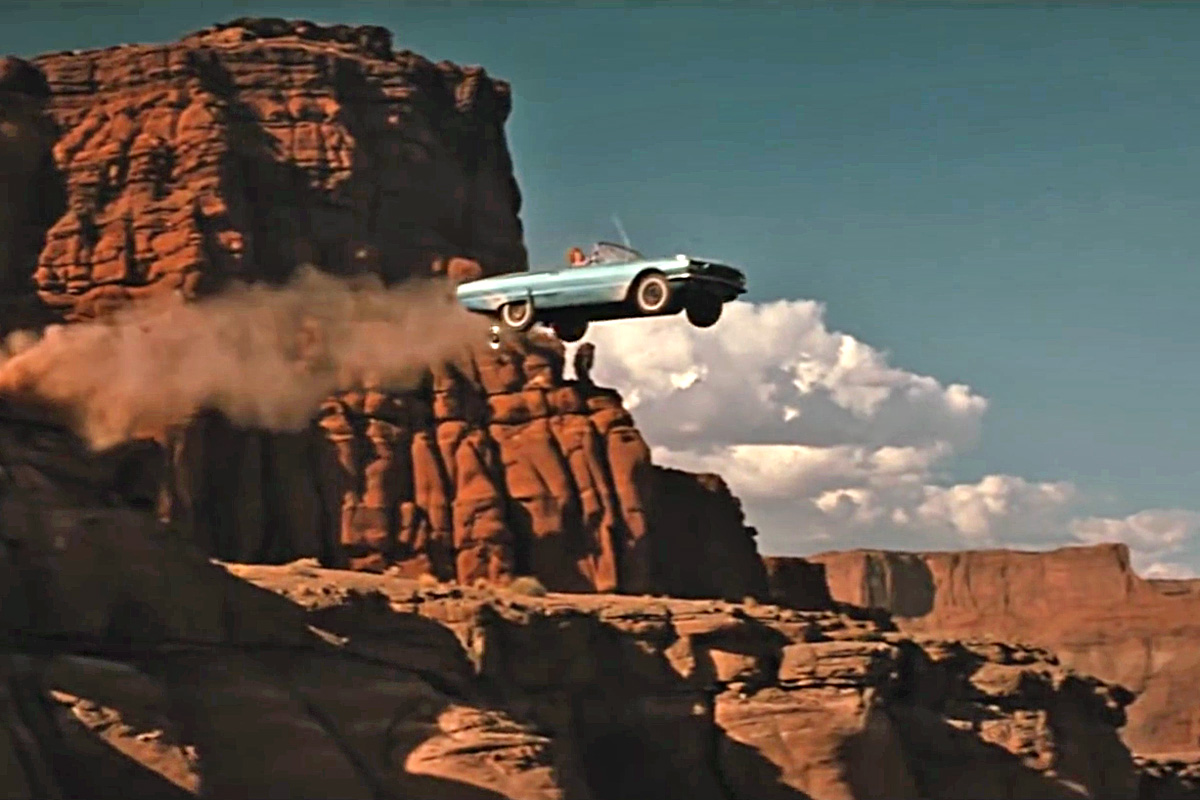 After first seeing the film in 1991, Jennifer Townsend’s life was changed forever. She wondered if others were also as affected by it. She created a survey, sought participants, got thoughtful replies, but left the project uncompleted for 2 decades. 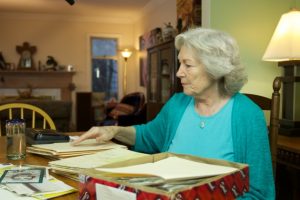 CATCHING SIGHT OF THELMA AND LOUISE is the story of reconnecting and completing that project.

After the screening,  there will be a discussion with Haven. Domestic violence has a long history of being seen as a private family matter, rather than the public health epidemic we know it is today. End the Silence, HAVEN’s survivor speakers’ bureau, shines a light on the darkness surrounding domestic and sexual violence. This group of empowered survivors is speaking publicly about their experiences with violence in order to educate others through the first person narrative. They are actively breaking the stigma around being a survivor and mobilizing our community to end domestic violence together.