Ray McGovern was a CIA analyst for 27 years, from 1963 to 1990, where he chaired National Intelligence Estimates and prepared the President’s Daily Brief, which he briefed one-on-one to President Ronald Reagan’s five most senior national security advisers from 1981 to 1985.  He received the Intelligence Commendation Medal at his retirement, but he returned it in 2006 to protest the CIA’s involvement in torture.  In 2003 he co-found Veteran Intelligence Professionals for Sanity. He speaks fluent Russian and has studied Russia for more than 50 years.

In this interview originally broadcast on January 18, 2017, he discusses Obama’s commutation of Chelsea Manning’s sentence, the ethics of whistle-blowing, comparing her case with those of General David Petraeus, who became CIA Director, and General Cartwright.

The Stuxnet Virus used against Iran, destroying 100s of their centrifuges, introducing a whole new kind of warfare: cyberwarfare. Russia’s proposals for a treaty to govern cyberwar, which have been rebuffed ever since.

Allegations of Russian interference in the 2016 elections vs. wikileaks revealing the efforts by the Democratic National Committee to sabotage Bernie Sanders’ campaign. 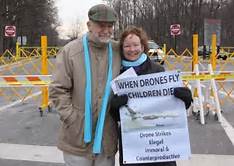 Director Colby’s testimony that the CIA controls just about everyone in the US media & his subsequent firing. 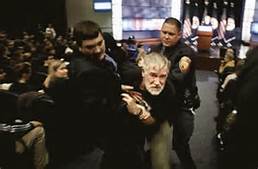 The popular vote vs the Electoral College.

Donald Trump’s relationship with the “Intelligence Community” & the rise of “The Deep State”.  “After 9/11 everything changed…” Syria as a proxy war… and more