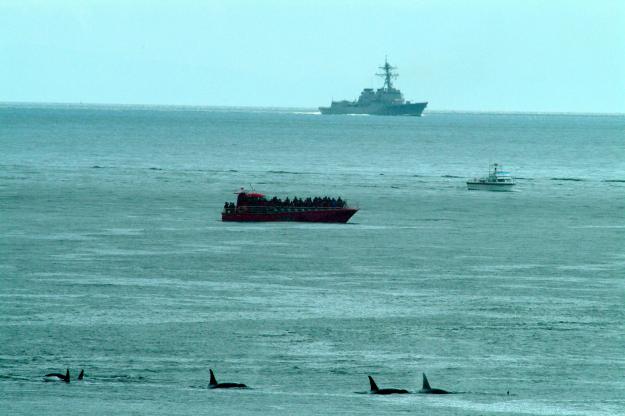 The Navy is seeking Federal Regulatory Permits under the Marine Mammal Protection Act (MMPA) and the Endangered Species Act (ESA) to do weapons testing off the Mendocino coast, requesting a seven year permit to do the testing and training 12 miles offshore.
This is part of the larger Northwest Navy Training and Testing from Alaska to Northern California. The coast of Mendocino is a major migration route for gray whales and humpbacks.
The Navy is proposing activities that include anti-submarine warfare exercises involving tracking aircraft and sonar; surface-to-air gunnery and missile exercises; air-to-surface bombing exercises; and extensive testing for several new weapons systems.
U.S. Navy training exercises in the Pacific Ocean could kill, injure, or harm dozens of protected species of marine mammals — Southern Resident killer whales, blue whales, humpback whales, dolphins, and porpoises — through the use of high-intensity, mid-frequency sonar harass whales, dolphins and other marine mammals 12.5 million times over the next five years. 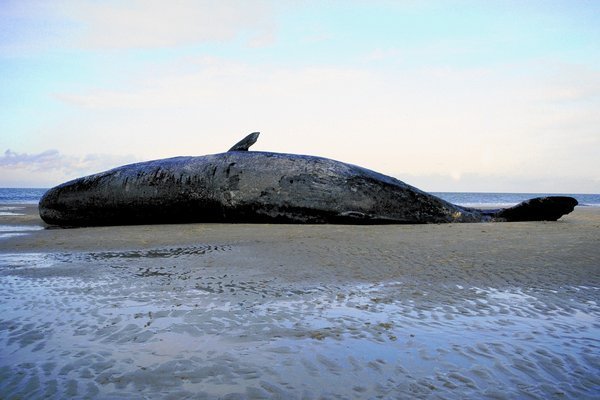 The use of sonar has been directly connected to many instances of beached whales, that have died from erupting lungs, ruptured ear drums and organ damage after military sonar exercises. Sonar exercises have also been found to cause mass strandings of whales.

Thaïs Mazur explains what’s involved and what the public can do.

Should you wish to find out more or to make a comment, you can do so at this link:

The Public comment period for the Navy’s Environmental Impact Study is open until June 12, 2019.