Les AuCoin represented Oregon’s 1st Congressional District from 1975 to 1992. At the age of 32, he was the first Democrat to do so since 1936. After serving 18 years, he gave up his seat to run for the US Senate against incumbent Republican Senator Bob Packwood, who although winning that race, resigned under threat of expulsion in 1995 after allegations of sexual harassment, abuse and assault of women emerged.

In this interview he shares his thoughts and experiences as one of the first cohort to be seated after Richard Nixon’s resignation under threat of impeachment in 1974, “The Watergate Babies.”
It was recorded on December 18,1019, as the US House of Representatives was impeaching Donald J. Trump . 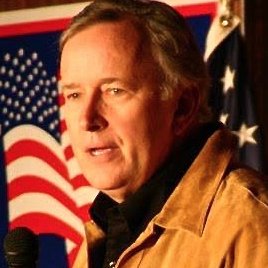 After a very distinguished education including Oxford and Yale Universities, he clerked, first for Judge Guido Calabresi of the U.S. Court of Appeals for the Second Circuit, and then for Justice David Souter of the U.S. Supreme Court. Immediately prior to his appointment at UCLA, he worked as an associate in Arnold & Porter’s National Security Law and Public Policy Group in Washington, DC.

We discuss his book, CONSTITUTIONAL COUP: PRIVATIZATION’S THREAT TO THE AMERICAN REPUBLIC, which is both a history and an analysis of privatization, and the rise of what he calls ” Pax Administrativa.” It is published by Harvard University Press.

We begin with an article by Matthew Cole & Jeremy Scahill in The Intercept:
“Trump White House Weighing Plans for Private Spies to Counter ‘Deep State'”
https://theintercept.com/2017/12/04/trump-white-house-weighing-plans-for-private-spies-to-counter-deep-state-enemies/?link_id=0&can_id=26389c9ba4e6ef1db60b08fdce8085f1&source=email-trumps-private-cia-and-an-idiotic-msnbc-decision&email_referrer=email_271486&email_subject=trumps-private-cia-and-an-idiotic-msnbc-decision

In this interview, we welcome back Henry Giroux, public intellectual, prolific writer, cultural critic, scholar and one of the founding theorists of critical pedagogy. He has spent a lifetime asking & analyzing important, hard, even scary questions such as these, which I quote from his essay, Thinking Dangerously: The Role of Higher Education in Authoritarian Times (http://www.truth-out.org/opinion/item/41058-thinking-dangerously-the-role-of-higher-education-in-authoritarian-times):

“What happens to democracy when the president of the United States labels critical media outlets as ‘enemies of the people,’ and disparages the search for truth with the blanket term ‘fake news’? What happens to democracy, when individuals and groups are demonized on the basis of their religion? What happens to a society, when critical thinking becomes an object of contempt? What happens to a social order ruled by an economics of contempt, that blames the poor for their condition, and subjects them to a culture of shaming? What happens to a polity, when it retreats into private silos, and becomes indifferent to the use of language deployed in the service of a panicked rage — language that stokes anger, but ignores issues that matter? What happens to a social order, when it treats millions of undocumented immigrants as disposable, potential terrorists and “criminals”? What happens to a country, when the presiding principles of its society are violence and ignorance?”
We discuss these and other questions, and it may surprise you to learn that Henry Giroux’s analysis, although clear-sighted in the face of the forces of dystopia, leads to an energized, engaged vision of collective agency and action.

Henry Giroux currently holds the McMaster University Chair for Scholarship in the Public Interest. He is the author of more than 65 books, has published more than 400 papers, in addition to hundreds of chapters in the books of others, as well as many essays and articles in such journals as Truthout, Truthdig, and CounterPunch. His works have been translated into numerous languages.
He is particularly interested in what he calls the war on youth, the corporatization of higher education, the politics of neo-liberalism, the assault on civic literacy and the collapse of public memory, public pedagogy, the educative nature of politics, and the rise of various youth movements across the globe. 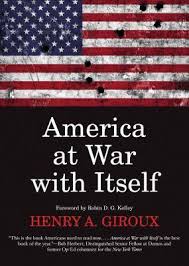 His latest book is America at War With Itself, published by City Lights Books. His forthcoming book, The Public in Peril: Trump and the Menace of American Authoritarianism, is to be published in 2018 by Routledge.

Dean Baker co-founded The Center for Economic and Policy Research in 1999. His areas of research include housing and macroeconomics, intellectual property, Social Security, Medicare and European labor markets. Before that, he worked as a senior economist at the Economic Policy Institute, and was an assistant professor at Bucknell University. He has also worked as a consultant for the World Bank, the Joint Economic Committee of the U.S. Congress, and the OECD’s Trade Union Advisory Council. He is frequently cited in economics reporting in major media outlets, including the New York Times, Washington Post, CNN, CNBC, and NPR. He writes a weekly column for the Guardian Unlimited (UK), the Huffington Post, TruthOut, and his blog, Beat the Press, features commentary on economic reporting. 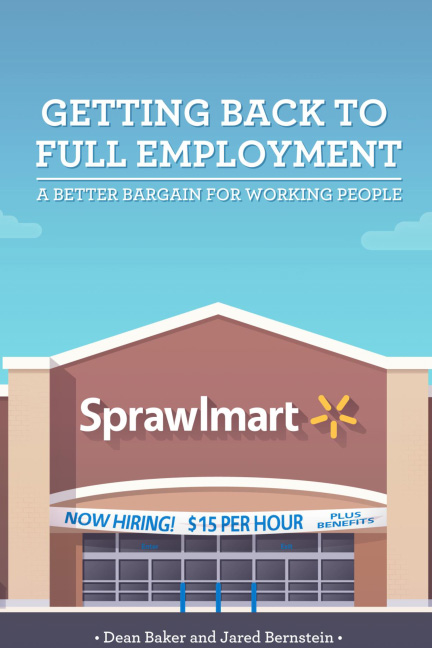 He is the author of several books, including Rigged: How Globalization and the Rules of the Modern Economy Were Structured to Make the Rich Richer; Getting Back to Full Employment: A Better Bargain for Working People; The End of Loser Liberalism: Making Markets Progressive; and The Conservative Nanny State: How the Wealthy Use the Government to Stay Rich and Get Richer. 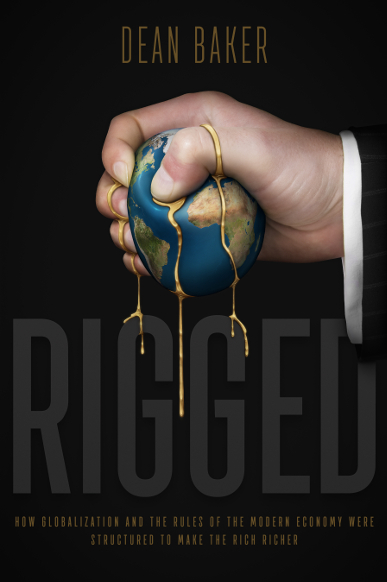 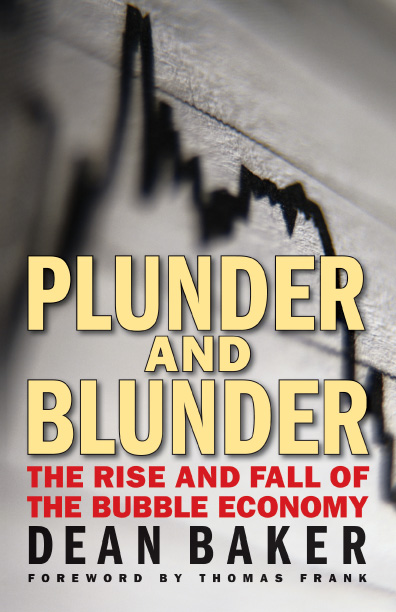 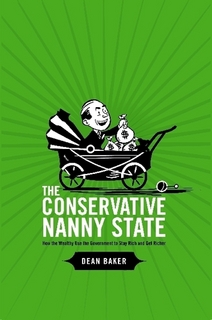 “I have suggested that economists who prescribe policies that turn out badly, or who can’t see multitrillion dollar housing bubbles coming whose collapse sinks the economy, ought to pay a price in terms of their careers. Invariably people think I am joking. When they realize I am serious, they think I am crazy or vindictive.” Dean Baker 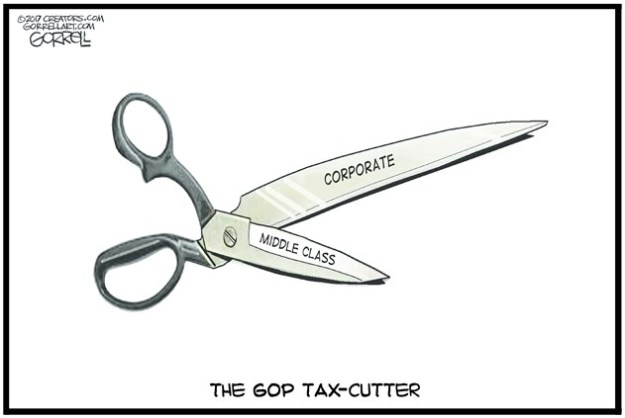